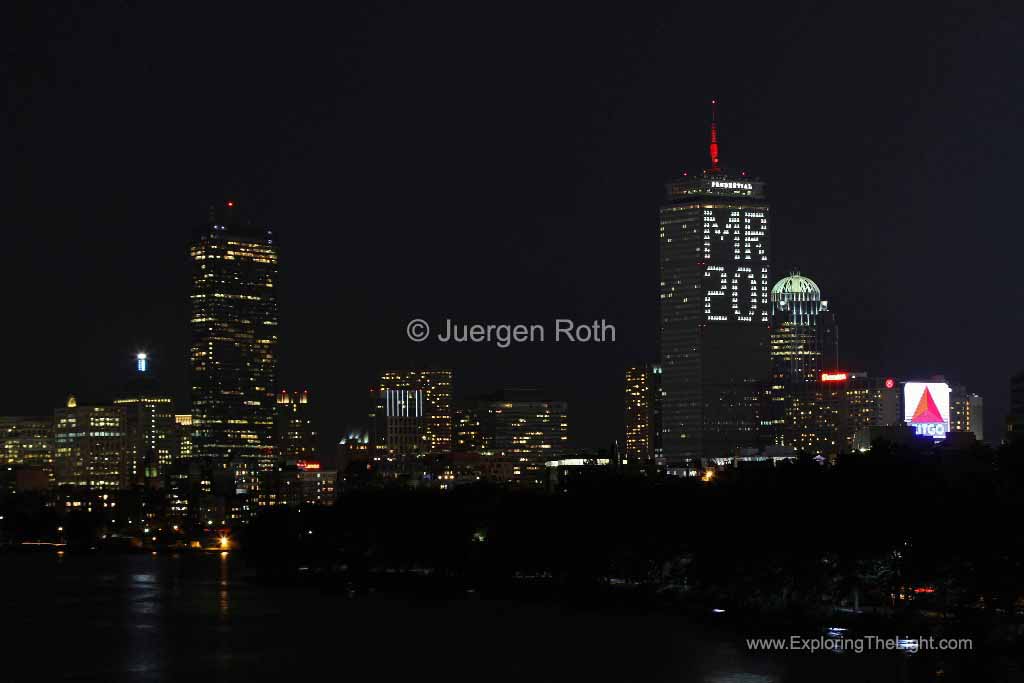 On my way home from a Boston Skyline Photography shoot on 06 September 2014 I noticed the Prudential Center being lit up with the message MR 20! when I crossed over the BU bridge. I was quite puzzled by it but immediately decided to stop and capture it in a photograph. It is a familar location that I often frequent when looking to photograph the full moon across the city or Boston at sunrise. I therefore already knew what to expect and how to compose a pleasing photo of Boston with the message on The Pru. I took my time setting up tripod, camera and picked my Canon 70-200mm lens since it allowed for most framing flexibility. I first zoomed in closer at about 200 mm to achieve a more intimating composition of the Prudential Center and 111 Huntington Avenue buildings. The second image at approximately 70 mm focal length allowed for a more open skyline view that included the John Hancock Tower and Citgo sign. Many people asked if I knew what Mister Twenty stood for but I had no idea. I figured there was a concert going on but turns out the Red Sox were in late innings. When I finally made it home I searched the meaning of the mysterious message and turns out it was in honor of Malcolm Rogers, a British-born, American curator and current art director of the Museum of Fine Arts Boston. He is retiring after 20 years. I applaud the folks from The Pru - what a great gesture! 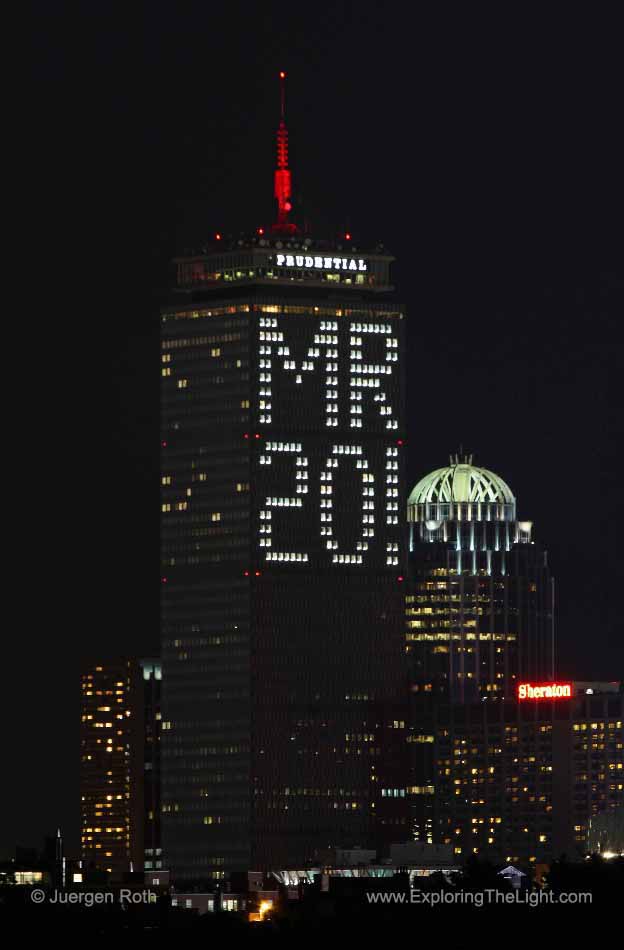