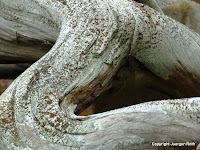 Human forms in nature is something I always look for when I head out into the field. It all started in the White Mountains of New Hampshire and the last image I stumbled upon is from beautiful Acadia National Park in Maine. This morning I was actually looking to add on to my landscape photography collection when I came across this piece of driftwood that was washed onto Little Hunters Beach. It appeared to have been there for ages. The driftwood had such a human quality to it and I was desperate to capture it. It took me many minutes of circling the object to explore various composition. I tried from above, the side, really low, straight on; in the end I settled on a low and intimate composition that eliminated any distracting background. A tripod allowed me to calmly compose and constantly re-check until I took away the best possible photograph. I laid the focus point on the fork and turned the polarizing filter for maximum impact. Aperture was set to f/7.1 resulting in an exposure time of 1/30 sec. In the digital darkroom I minimally adjusted lighting and color saturation before sharpening.
Posted by Roth Galleries No comments: 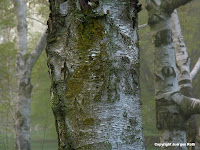 There is a family of birch trees that stand out on Bussey Hill at the Boston Arnold Arboretum. The trees are almost iconic to me since I tried so many times to capture their uniqueness and beauty but never produced an image that satisfied my quest. In my attempts I composed from the far front, from left and from right. Whatever I tried I was not able to eliminate distracting backgrounds. Sometimes however persistence pays of as it did on a foggy early morning I when I went out once again to capture the natural world's beauty. When I made my way past the enigmatic birch trees this time, it suddenly occurred to me that the only way to capture them would be in a close up. I remember the excitement when I made my way up the hill, a short distance from the Bussey Hill Road. I unfolded my tripod and secured the camera on it. I zoomed in on the tree trunk to get in close. I laid the focus point on the white and green tree trunk in front of me and kept the other birch trees fading away in the background. The limited depth of field at an aperture of f/7.1 combined with the telephoto lens setting provided the desired result. The fog added a certain mysterious atmosphere that also enhanced the lighting condition and vanished the trees in the background. A polarizing filter and 1 step underexposure saturated colors. That day I finally captured a pleasing image and now I am able to pass the birch trees without any further regrets.

Memories of the 2011 Boston Marathon 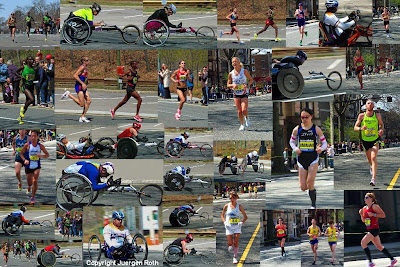 It was such fun to watch and photograph the 2011 Boston marathon. The races were closer than ever and made for nail biding finishes ~ seeing one record after the other fallen was priceless.

Congrats to all finisher! 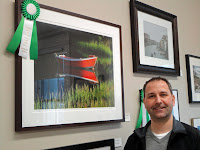 Cape Cod Solitude achieved honorable mention at The Fine Art of Photography regional juried photography exhibition in Plymouth, MA. The art exhibit is organized by the Plymouth Center for the Arts and runs from April 1, 2011 through April 31, 2011. The beautifully restored 1902 Russell Library gallery and 18th century Lindens building are just steps from Plymouth Rock and Plymouth's waterfront on historic North Street. The Plymouth Center for the Arts is located at 11 North St., Plymouth Ma, 02360 and open Monday through Saturday, 10 a.m. to 4 p.m., Sundays, noon to 4 p.m. 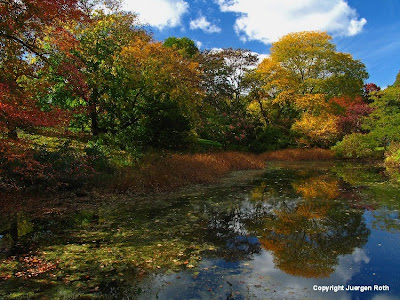 This week's photo is Autumn Landscape that was taken at the Boston Arnold Arboretum. Starting today each photography print and canvas of this autumn landscape photograph is 20% off and on sale at Fine Art America throughout the week of 24 April 2011.

Exhibit at The Plymouth Center for the Arts

Idyllic Cape Cod and Cape Cod Solitude were accepted into the juried group exhibit "The Fine Art of Photography". The exhibition features many artists' work and the amount of quality photographs at the exhibit is fantastic. The art exhibit is organized by the Plymouth Center for the Arts and runs from April 1, 2011 through April 31, 2011. The beautifully restored 1902 Russell Library gallery and 18th century Lindens building are just steps from Plymouth Rock and Plymouth’s waterfront on historic North Street. It's only a five minutes drive from Route 3. The Plymouth Center for the Arts is located at 11 North St., Plymouth Ma, 02360 and open Monday through Saturday, 10 a.m. to 4 p.m., Sundays, noon to 4 p.m. ... hope you get to stop by.
http://thefineartofphotography.org 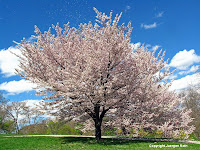 Spring Dream was taken in the spring of 2010 at the Boston Arnold Arboretum. The arboretum was in full spring swing on this windy morning and I was mesmerized by the blossoms blowing off the trees. I tried to capture it over and over again but only got this one shot of the blossoms blown away by the wind.

The aperture was set to f/5.6 resulting in 1/125 seconds exposure time. A polarizing filter saturated the colors of the blue sky and the fresh green of the grass. During post processing I minimally adjusted lighting, contrast and color saturation to enhance the clouds and the blossoms and to enhance the overall appeal of this spring image before sharpening the photograph in the last step. 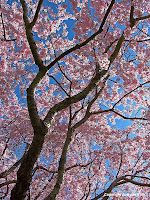 The Boston Arnold Arboretum has become one of my prime photo destinations close to home. It provides us with fantastic close up and macro photography objects as well as beautiful landscape and garden photography opportunities when perfectly timed.
I stopped by last Saturday and I did not see much blooming but I will keep monitoring the spring awakening to make sure not to miss the grand show. The photographs shown here were taken last year and some of them I have never shown before. I hope they awake the photographer in you and inspire you to head out into your local arboretum, park, or garden. 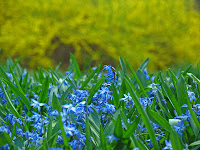 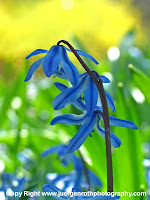 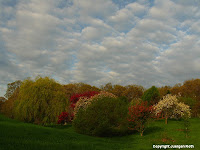 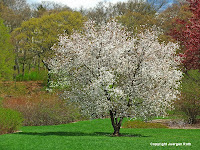 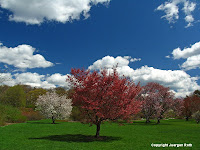 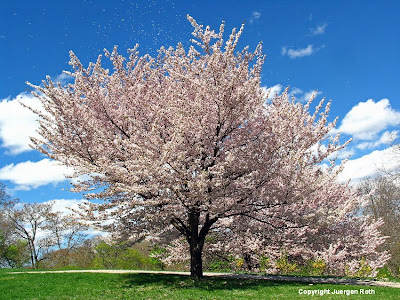 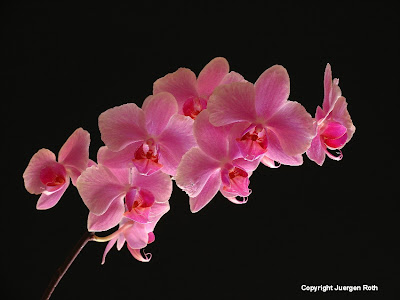 This week's photo is Spring Orchids that was taken in my home studio. Starting today each photography print and canvas of this Orchid flower photograph is 20% off and on sale at Fine Art America throughout the week of 18 April 2011. 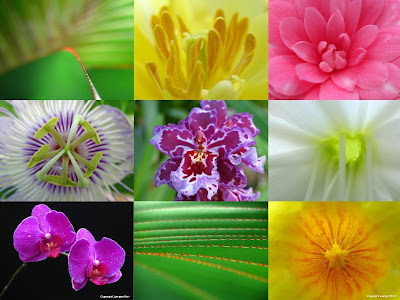 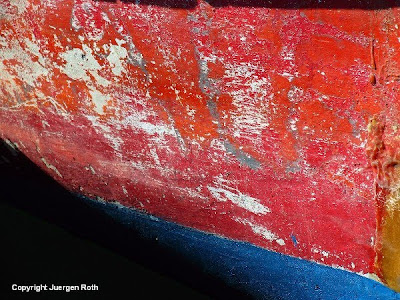 This week's photo is Weathered Bow that was taken on Cape Ann in Massachusetts. Starting today each photography print and canvas of this boat photograph is 20% off and on sale at Fine Art America throughout the week of 04 April 2011.

The Fine Art of Camera Panning

I am always interested in capturing the day to day in an unusual different way. One technique that I frequently use is camera panning. Panning is a photographic effect where the camera is rotated or moved in a horizontal direction. The camera can be hand-held or mounted on a tripod when performing the actual panning. I usually prefer using my tripod. The panning technique is achieved by freezing the subject in the same position of the frame for the duration of the exposure. The exposure time should be long enough to allow the static background to blur from the camera movement as you follow the subject in the viewfinder. There may be lots of trial and errors in the beginning and it may take a while to develop your own technique but it certainly provides you with unique set of images and lots of fun. 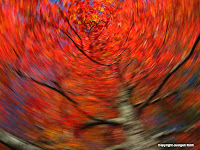 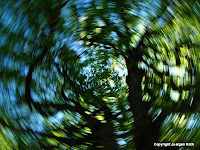 In my first two photographs from the beautiful Boston Arnold Arboretum I placed the camera on my tripod pointing upwards towards the tree canapes. During the exposure I rotated the camera that resulted in these tree carousel like images. In both images the aperture was set to f/8 resulting in 1/30 sec and 1/4 sec exposure times for the fall and spring image respectively. 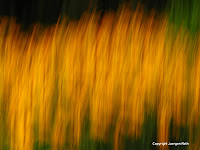 In this next summer image I tried to apply the camera panning technique to one of my flower photographs. Here I hand-hold the camera and set the aperture to f/8 providing me with a slow enough shutter speed of 1/10 second. I then focused on a bunch of Blacked-Eyed Susan flowers in the garden and moved the camera up and down to create an abstract floral photography blur.

motif #1 on Cape Ann. I exposed long enough at 1/10 second to allow for panning my camera across the Brace Cove, and capturing this abstract seascape photograph of this most beautiful sunset. 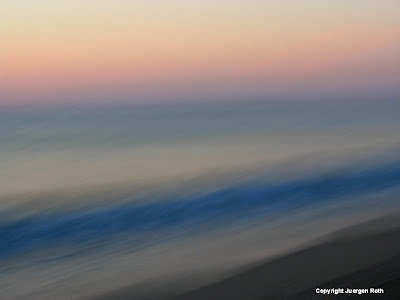