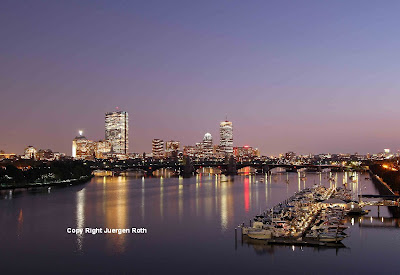 Post sunset is one of my favorite times to take photographs; this applies to landscape as well as city skyline Photography. I regularly go out and capture the Boston City Skyline at twilight on days that I am not occupied hunting for nature photographs. The best time is 20 to 30 minutes after the sun has set. The optimum light and magic of twilight does not last long. Because twilight is hard to predict I set up my tripod and camera prior to the actual sunset and then fire away once the sun sets and disappears. This approach requires sufficient battery power and flash card memory to keep shooting while closing in on the optimum light. The Twilight Effect also works on cloudy days and really long exposure times are not unusual.

Besides Memorial Drive, one of the best locations is the parking garage of Boston Science museum. It is one of my favorite locations and I love to see the sunlight fade and the city lights come to life. This day I went straight to work and kept on photographing the City Skyline of Boston while the sun was setting and disappearing. I included in the composition the skyline reflections and such Boston landmarks as the Longfellow Bridge, Prudential Center, John Hancock building and placed the Charlesgate Yacht Club as a foreground feature. The exposure of the photograph was timed to to coincide with the Boston T subway crossing over the Longfellow Bridge. At ISO 100, the aperture was set to f/4.5 resulting in a 10 second exposure time. In the post processing steps I removed dust spots, minimally adjusted lighting and color saturation before sharpening. 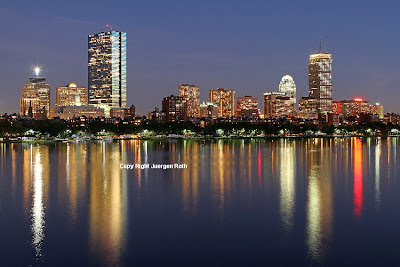 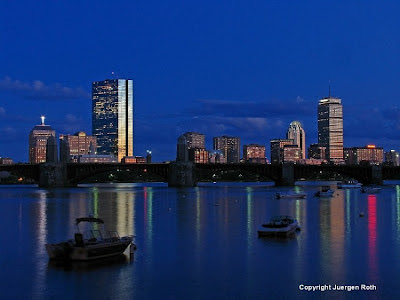